The accelerometer in the Hub uses a left-handed Cartesian coordinate system.
The origin of the system is set on the left part because the IMU module is mounted in.
The y-axis is vertical along with positive values increasing upwards.
When a user vertically stands with the e-skin Hub, the gravity appears as a negative value in the y-axis accelerometer.
The x- and z-axes lie in the horizontal plane, with the x-axis running parallel to the bridge between the left and right parts. 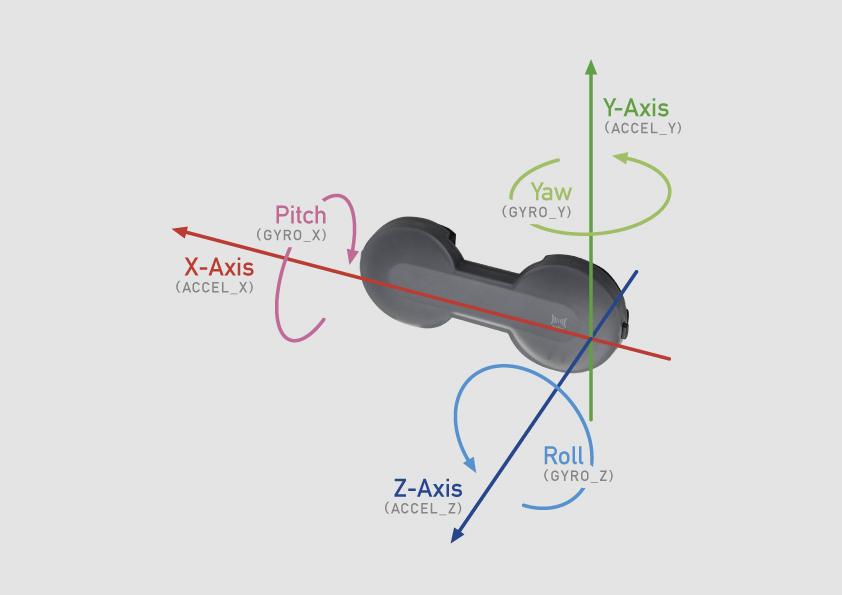